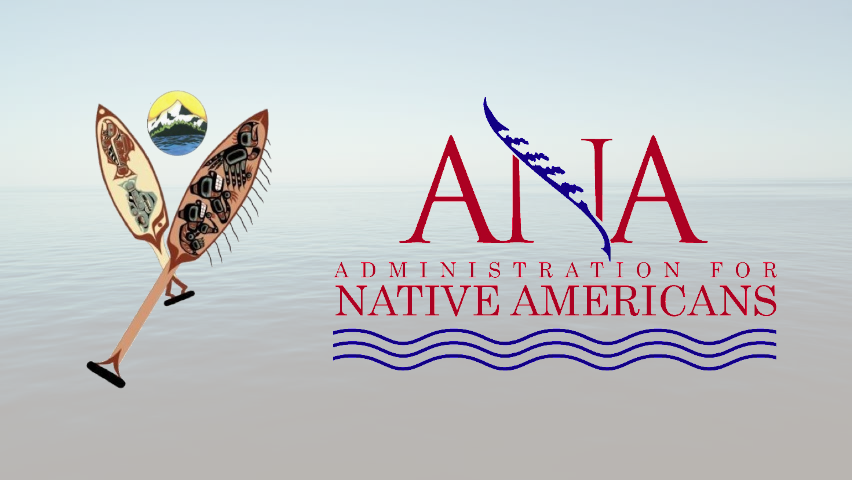 On September 30, 2019, The Yakutat Tlingit Tribe Environmental Department received grant funding from the Administration of Native Americans (ANA) in the amount of $274,927 for year one of the three-year project entitled “Yakutat Foreland Baseline Studies.” The YTT Environmental Department is set to receive $271,104 for year two and $276,894 for year three, for a total award amount of $822,925. This grant funding was acquired through CFDA No. 93.581, which is geared toward ‘Improving the Capability of Indian Tribal Governments to Regulate Environmental Quality’.

The goal of the Yakutat Foreland Baseline Studies project is to enhance YTT’s efforts to protect traditional hunting and fishing resources in the Yakutat Foreland by collecting a scientifically defensible baseline water quality dataset on 12 culturally important rivers. This dataset will enhance environmental regulatory action under the federal Clean Water Act to safeguard Yakutat community members from the impacts of potential mining. The City & Borough of Yakutat (CBY), the U.S. Geological Survey (USGS), and the U.S. Forest Service (USFS) have limited historic water quality data on four out of 12 culturally important rivers in the Yakutat Foreland, or 30 percent of the water bodies. However, none of this data is comprehensive or can provide a baseline that can measure impacts from mining activity.

To accomplish this project goal, YTT has one main objective: by the end of 36 months, YTT will measure and assess baseline water quality conditions by collecting 73 annual water samples from the 12 rivers in the Yakutat Foreland.

The primary project outcome will be three years of water data that establish the baseline chemical and physical water quality conditions. The baseline dataset will set the precedent for monitoring that measures regulatory anti-degradation compliance of any future development. This outcome would build a tribally managed dataset, which will be leveraged to strengthen water quality stewardship within the Yakutat Tlingit’s traditional territories. This will allow YTT to advocate for the protection of traditional foods, and to support testimony regarding the cultural and economic importance of these rivers with the support of Western science-based data.

The project’s beneficiaries are community members, specifically, residents that hunt, fish, and gather traditional foods. A 2015 wild resource harvest survey conducted by the Alaska Department of Fish & Game’s Division of Subsistence indicates that ninety-nine percent of Yakutat households harvest at least one wild resource and share with family and neighbors. Ninety-four percent report harvesting salmon which was the largest amount of wild resources harvested per capita. Although community members participate in a mixed economy where cash-based transactions are part of daily life, livelihoods and cultural identity depend on traditional hunting, fishing, and gathering.

Jennifer Hanlon, YTT Environmental Director, has over four years of water quality sampling experience and is a certified Qualified Sampler under State of Alaska standards, a status which adds more validity to the tribally collected and managed dataset. During Jennifer’s previous employment with the Central Council Tlingit & Haida Indian Tribes of Alaska, she was the project manager in 2015-2017 for a Transboundary Rivers monitoring project that collected baseline water quality data for three major Southeast Alaskan transboundary rivers. Further, YTT Environmental had been awarded a one-year nonrenewable grant from the BIA Tribal Resiliency program from September 2018 to September 2019 to do a pilot run of the Yakutat Foreland baseline water quality data collection. From this experience, YTT is better equipped for improved project planning and continuous data collection in very remote areas.

To support project implementation, the Yakutat Tlingit Tribe will utilize and leverage committed resources in the form of other grant programs and partner organizations. Currently, YTT’s Environmental Department has two grants and one awarded grant that will be dispersed in 2020. The two current grants are EPA’s Indian General Assistance Program (IGAP) and the BIA Ocean & Coastal Management planning. The IGAP programs are capacity building base grants for tribal environmental programs. Moreover, the U.S. Forest Service (USFS) will contribute in-kind annual support through staff time, shared transportation, safety training, and loaning safety/survival gear. The National Park Service (NPS) is committed to supporting YTT and this project through shared transportation. Meanwhile, Kai Environmental Consulting Services, who assisted with the development of the quality assurance project plan (QAPP), will provide continued technical support. Southeast Alaska Conservation Council’s staff scientist will create a database template and other technical support. Last but not the least, the Southeast Alaska Watershed Coalition, a science-based nonprofit organization that provides technical support on water-related projects, will assist YTT to conduct a program evaluation that will take place in year two and year three of the project. This program evaluation will provide feedback on the data collection, provide logistical recommendations such as additional sampling protocols to consider or potential changes to sample site locations, and feedback on developing outreach materials and approaches.

YTT will provide opportunities for community members to become more familiarized with the water quality program by participating in future sampling events. Please be on the lookout for announcements to RSVP on those sampling trips to not only learn about the program but to also share pertinent information and values associated with those waterbodies. This information exchange can help inform future complementary programs through the Environmental Department to continually address community needs and priorities. The Environmental Department provides services that uphold the needs of individuals and the Tribe by collecting data to protect human health, cultural values, and assure that traditional foods are healthy, available and thriving. YTT Environmental is excited to provide water quality stewardship services to the community.