“To preserve, maintain and protect the unique culture, land and resources of Yakutat Tlingit people; to maximize our social, health & well-being while creating economic development benefits to all tribal members.”

Looking Back: A Brief History of the Yakutat Tlingit Tribe

The Five Chiefs Council was a Tribal Government formed in the 1950s for the purpose of negotiating with the federal government to begin oil exploration drilling in the Yakutat Territory. Lead by one member from each of the five founding clans, the Council has been granted monetary settlement, and the oil drilling commenced in the areas from Icy Bay to Dry Bay.

In 1971, the federal government awarded a monumental lawsuit to all Alaska Natives for the lands taken when Alaska was sold by Russia to the United States. As a result, forty million acres of land and monetary settlement were turned over and entrusted to for-profit regional corporations.

In Yakutat, a scholarship account was set up by the corporation to assist young individuals with their education, but afterwards realized that there were other social service programs they were unable to meet. This prompted the corporation to form a non-profit organization authorized to contract with the federal government under the provisions of Public Law 93-638, otherwise known as the Indian Self-Determination and Educational Assistance Act, for the services and programs that were administered by the Bureau of Indian Affairs. Thus, the Yakutat Native Association was born.

For over thirty-four years, the Yakutat Tlingit Tribe has successfully provided services for its Tribal members. To this date, the Yakutat Tlingit Tribe has remained true to its purpose by continuously uplifting the cultural, social and economic aspects of its community; genuinely advancing the welfare of its 820 enrolled Tribal members as well as the entirety of the Tribe’s traditional territory which extends to the Yakutat Borough boundaries, encompassing nine thousand four hundred and sixty (9,460) square miles.

Situated in the heart of the traditional territory, the Yakutat Tlingit Tribe bears witness to the village’s struggling economy that largely consists of fishing, fish processing, and tourism during the months of April to September. The nature of the economy in the area leaves an evident trend of seasonal and unstable employment as many rely upon commercial fishing and subsistence hunting and fishing as means of livelihood. Subsequently, the Yakutat Tlingit Tribe, as the self-governing body duly formed to oversee the affairs of the Tlingit people and its native land, constantly aims to mitigate the otherwise inevitable social difficulties that accompany an unstable economy.

The Tribe addresses these concerns by the unwavering effort to develop programs and support services to maximize the social, health and well-being of its tribal members and promote economic growth within the community of Yakutat and its traditional territory.

“The Place Where Canoes Rest” 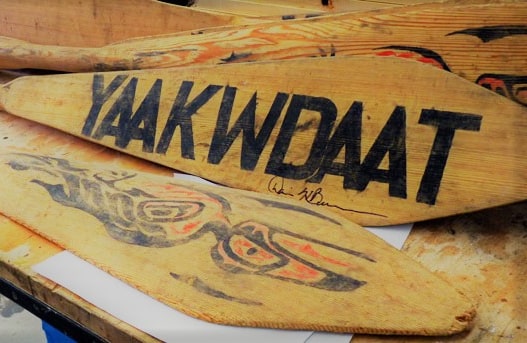 The City and Borough of Yakutat is located on the northern coast of the Gulf of Alaska, approximately 200 miles from the capital city of Juneau and 300 miles from Anchorage. Yakutat (Yaakwdáat) encompasses about 9,460 square miles, and is situated along the turbulent crescent Saint Elias Range on the northern part of the panhandle in Southeast Alaska. Yaakwdáat is the farthest north Southeast Alaska community. Its name is suggestive of the time when it was renowned as a major hub for trade.

Yakutat serves as a home to about 800 residents, of which half are Native. The Natives comprise of three main stocks of people, namely the Tlingits that migrated from the southeastern panhandle, the Athabascans that travelled along the Alsek River from the interior, and the Copper River People who traversed from the Copper River Delta. 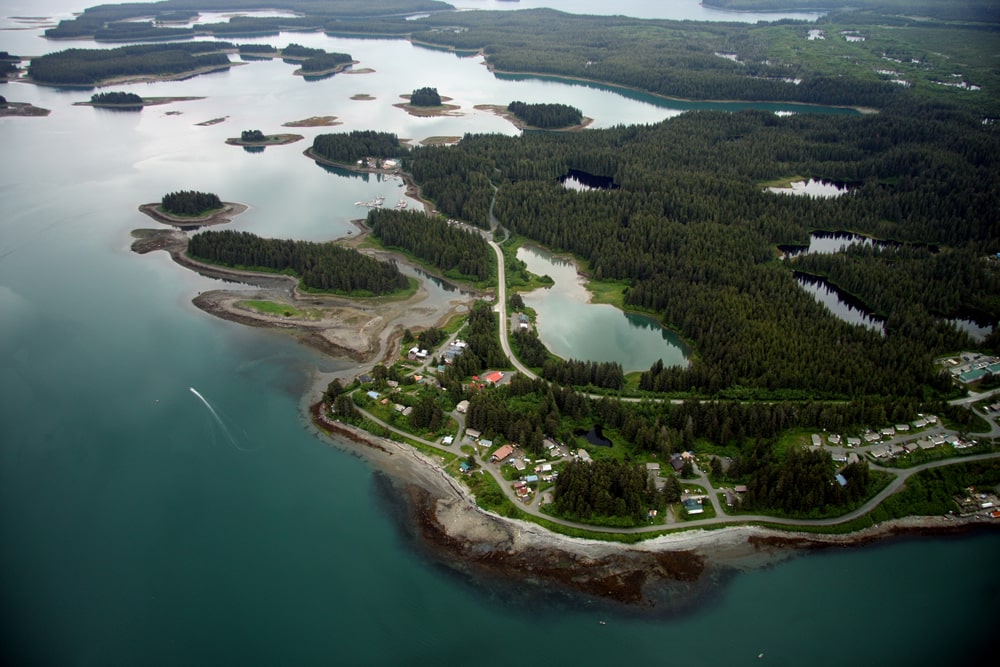 There are two moieties and five founding clans of Yakutat. The moieties are Raven and Eagle. Under the Ravens are the L’uknax.àdi who migrated to Yakutat from the Dry Bay area and farther south, and the K’inèix Kwàan/Kwashk’i Kwàan who came from the Copper River area. The Eagle moiety is comprised of the Teikweidi, Shangukeidi and Galyàx Kaagwaantaan; four more Eagle Clans have since migrated to the area and have been included in this faction, the Cheeshkweidi from the north, the Jilkaat and Sitka Kaagwaantaan and the Wooshkeetaan all from the south. The language of these groups was complex and included many variations for many reasons. The clans from the south had influences such as the Haida and the Tsimshian and in the north the Eyak and Athabaskans; because of this diversity a northern dialect of the Lingìt language was born. It has been said by elders that our dialect is much closer to that of Haines and the speakers from the interior in Canada.

In the early 1900’s the territorial Governor of Alaska outlawed native song, dance and cultural practices. In the early 1950’s the elders decided that this could happen no more and formed the Mount Saint Elias Dancers. The clans came together and decided which of their songs and dances to include in their repertoire. Today, the dancers are comprised of participants ranging from new born to elders and recent years, the group has welcomed dancers of all backgrounds which include Polynesian, Haida, Athabaskan, Inupiaq, and Armenian descent just to name a few. This dance group was a catalyst for a major language and cultural revival and because of it, Yakutat has become a major hub of the Tlingit community in Southeast Alaska. Since then, the tribe has received many grants from various organizations including, the Administration of Native Americans to help facilitate this revival with the overall goal of having a generation of children who speak Lingìt as their first language. In 2018 we took a major step toward that goal with the opening of Haa Yaakwdàat Lingìt Yoo X’atàngi Kùdi (Our Yakutat Tlingit Language Nest), a Lingìt language immersion school for children ages 3-7. It is our hope that by building a generation of highly proficient speakers we will be able to have at least one child born who will be a native born speaker. 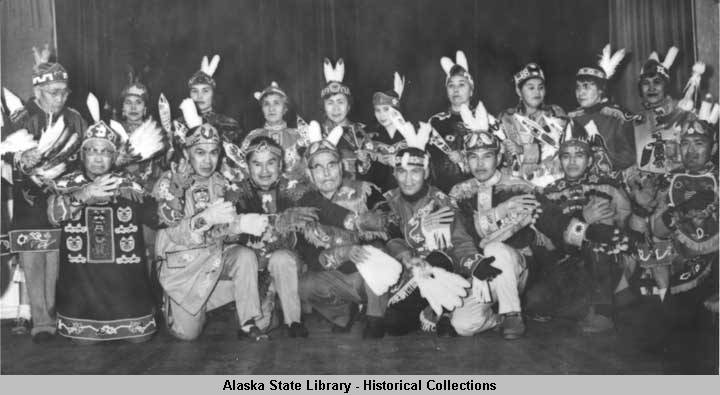 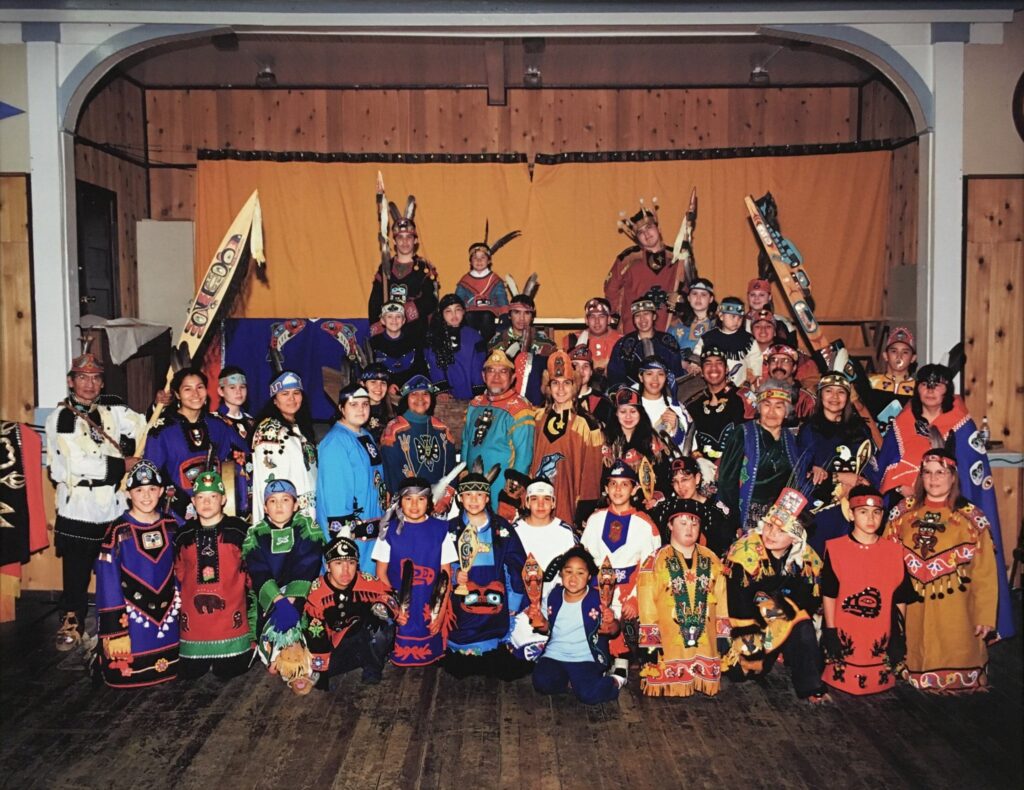 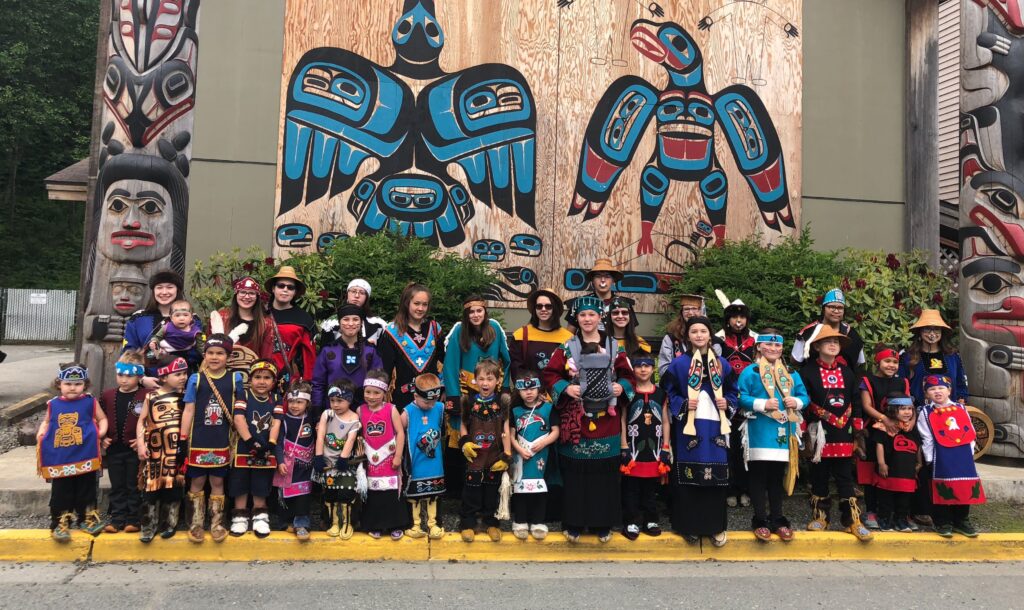