Strengthening culture and tradition through 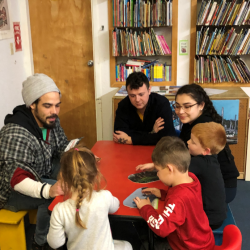 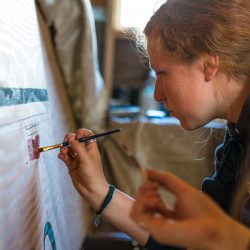 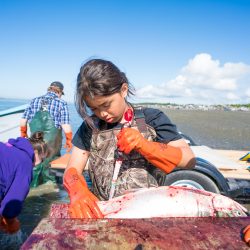 A clear vision and purpose:

“To Preserve and Maintain the Yakutat Tlingit Language and Worldview”

The goal of this project is to increase proficiency in youth ages 2-7 by establishing and operating a Lingít language nest. The Yakutat Tlingit Tribe will also pilot and expand the current Lingít language resources and curriculum, compiling these lessons into a Teacher Workbook that will be available to second language Tlingit Language teachers regionally by project end. Sustainability will be obtained through credentialing of language nest teachers as Child Care Associates. We will continue to build the Lingít language proficiency of our Assistant Teachers, further propelling them into Advanced levels of fluency.

Yakutat has not produced a first-language Lingít speaker in the last seven decades. In 2002- 2003 during the Yakutat Tlingit Tribe’s planning period, 13 fluent-speaking Tlingit elders came together to discuss Tlingit Language Revitalization. During that time our Elders conveyed that our values, worldview and sense of morality are embedded within our language. It was very important to them that our children and grandchildren eventually become first-language speakers.

The elders’ desire is reflected in the Yakutat Tlingit Tribe’s long-term goal to increase language proficiency among toddlers by establishing a language nest. It is extremely crucial that we act now; Yakutat has one (1) fluent-speaking elder remaining living within the community, this is an 99% attrition rate since 1995. When the Yaakwdáat Lingít language revitalization program first began back in the 1980’s, zero second-language learners existed. Today, we have fifteen (15) intermediate second-language learners, of these, six (6) are adults and nine (9) are youth. The Elders felt that in order to fulfill the Yakutat Tlingit Tribe’s goal of intergenerational fluency, we must focus on creating highly proficient speaking toddlers within the language nest and their homes. These highly proficient toddlers and their families will have the ability to become the first generation of second language fluent speakers and raise the first generation of first-language speakers. This project, Haa Yaakwdáat Lingít Yoo X̱’atángi Kúdi, “Our Yakutat Tlingit Language Nest,” will bring us closer to our long-term goal of creating fluent first-language Lingít language speakers. 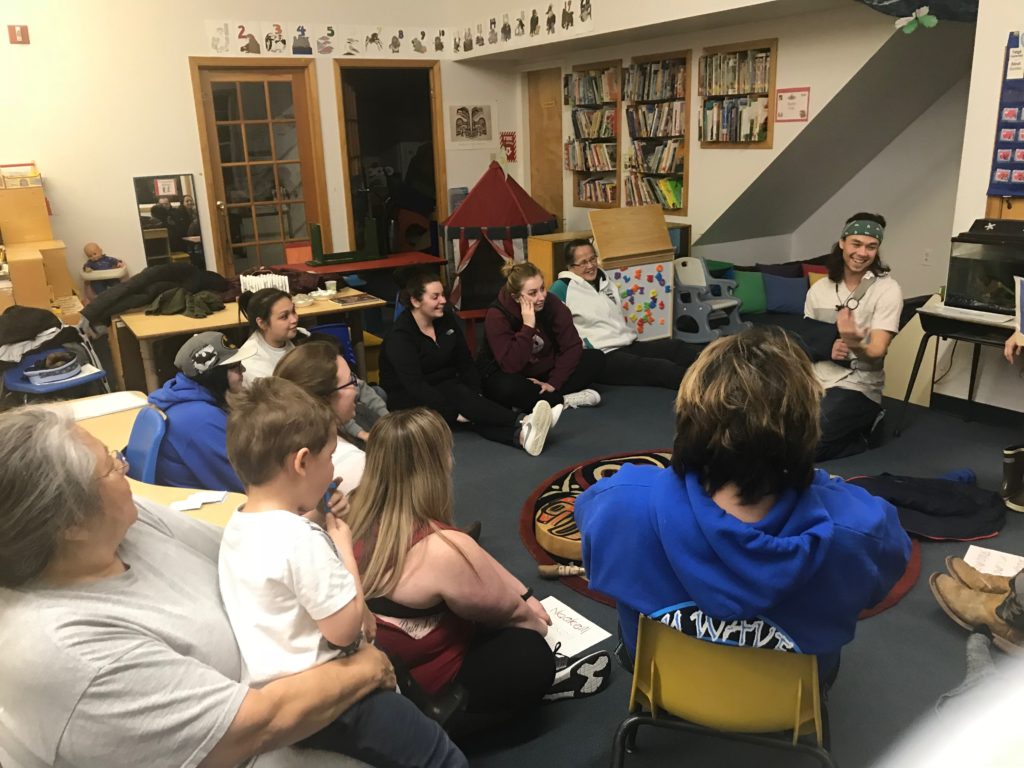 Objective 1: Increase Student Language Proficiency & Family Participation: By the end of month 36, fifteen (15) children ages 2-7, will each participate in 500 immersion hours per project year and will increase at least two (2) proficiency levels as outlined in the Yaakwdáat Lingít Language Proficiency Guidelines. A minimum of one parent/family member of each the language nest children will be required to participate a minimum of 26 hours per year in the bi-monthly Lingít Language Dinners.

Objective 2: Increase Teacher Proficiency: By the end of month 36, teachers will complete a total of 160 immersion hours per year by participating in four (4) mini-immersions or regional immersion retreats per year. Teachers will increase one (1) proficiency level as outlined in the Yaakwdáat Lingít Language Proficiency Guidelines.

Objective 3: Resource Development and Child Development Associates (CDA) Credentialing: By end of month 36, all YTT language curriculum will be piloted and combined into a teacher workbook along with all materials required for each lesson. By the end of month 36, a minimum of two (2) apprentice teachers will complete the educational and practical requirements toward a Child Development Associate (CDA) Degree to ensure the Language Nest remains a State of Alaska certified Child Care Center.

ANA believes language revitalization and continuation are two of the first steps taken in preserving and strengthening a community’s culture. Use of native language builds identity and encourages communities to move toward social unity and self-sufficiency. supports Native American communities by providing financial assistance and capacity building, gathering and sharing data, and advocating for improved policies within HHS and across the federal government.

The Esther Martinez Immersion program (formerly called the Esther Martinez Initiative) supports the development of self-determining, healthy, culturally and linguistically vibrant, self-sufficient Native American communities. This Funding Opportunity Announcement is focused on community-driven projects designed to revitalize the native American languages to ensure the survival and continuing vitality of these languages and the culture of Native peoples for future generations. Immersion and Restoration grant funding is awarded in according with the Esther Martinez Native American Languages Preservation Act of 2006. The initiative provides funding to support three-year projects being implemented by Native American Language Nests, Survival Schools, and Restoration Programs. (https://www.acf.hhs.gov/ana ) 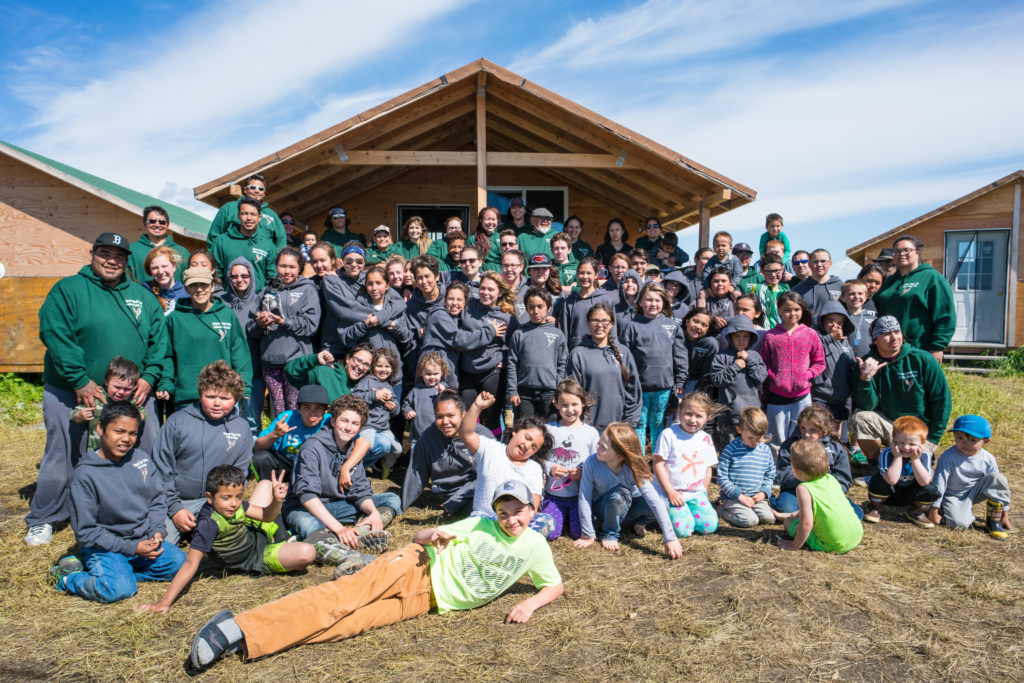 The Yakutat Tlingit Tribe Cultural Heritage Department hosted its 3rd biennial Culture Camp Program on June 21st-July 1st, 2017. In the past two years we have focused on “Why you are who you are,” a mantra the elders of Yakutat have frequently used to inspire the young people. It is a concept that will encourage campers to respect themselves and traditional tribal values, to learn and understand the clan system that they belong to, the family they are connected to and the world of nature that surrounds them. We encourage students to stay active, fit and practice living a native lifestyle. We discussed staying positive and humble, eating healthy, respecting the laws of nature and reciprocity between the raven and eagle clans. We sang and danced together, connecting us to our ancestors through language and story. We usually have 30 attendees from Yakutat and around the region, however this year we hosted 80 campers ages 1-17. The staff to support our campers required two overnight counselors for the girls and two overnight counselors for the boys, two cooks in the cookhouse and 13 Native American and Alaska Native teachers and mentors to instruct campers in Tlingit Language and storytelling, to harvest fish, seal and berries, canoeing, beading, weaving, skin sewing, carving and painting. Funding for the culture camp was from private donor Julia Bevens, Rasmuson Foundation, BIA, ANA, Tlingit and Haida Indian Tribes of Alaska Childcare Funds and an Environmental Department’s BIA fund. 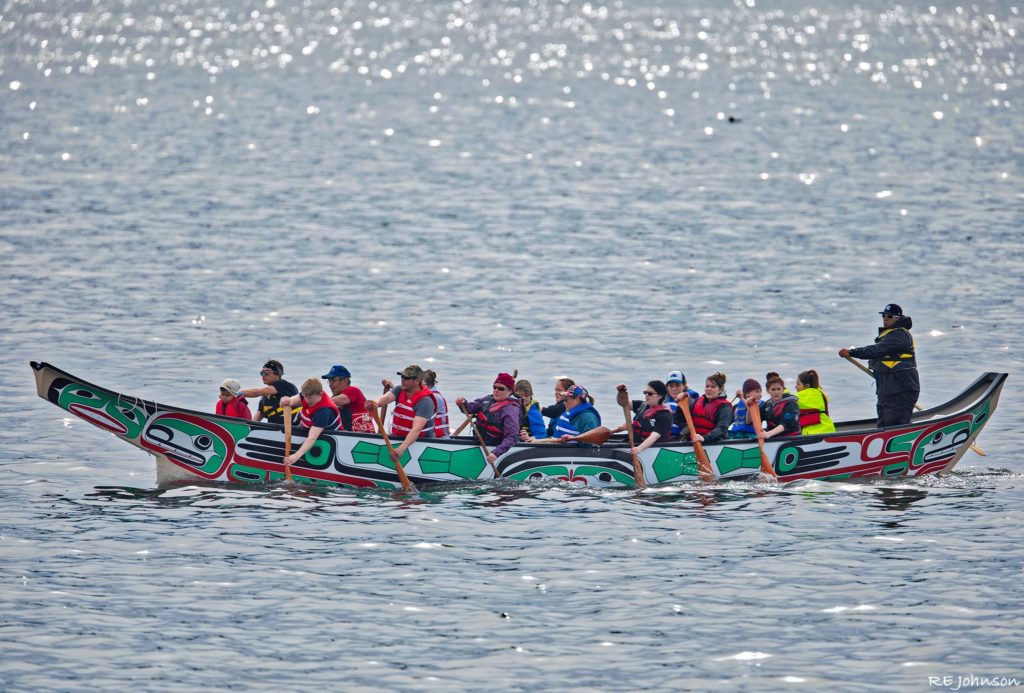 In 2017, the Yakutat Tlingit Tribe purchased a 39-foot open water, fiberglass canoe. The artwork for the canoe was open to all Tribal members and non-members in a formal RFP process and awarded to David Robert Boxley.

The Cultural Heritage Department continues to build programs around this canoe that include safety and wellness. In the past, Yakutat tribal members have participated in journeys by borrowing canoes from Alaska Travel Adventures without having practiced at all. This canoe allows our members to practice and participate in future journeys without having to depend on entities outside of Yakutat. Practicing is essential to the safety and success of the journeys. There are times on these trips that members are required to paddle for hours at a time in extreme wind and rain without breaks. Being in strong mental and physical shape will help ease the journey for paddlers and will also contribute to the safety of the group.

Let us know how we can help.

Leave us a message and we'll get back to you as soon as we can.