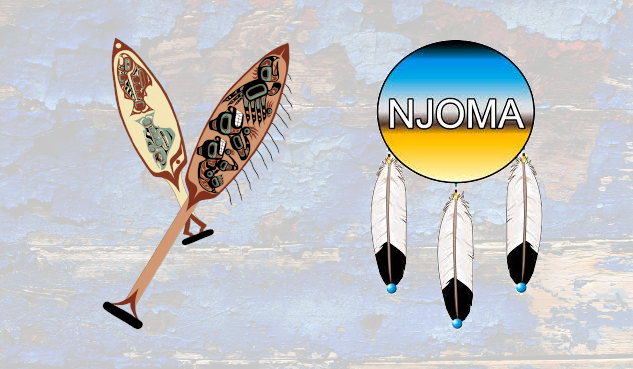 LAS VEGAS, NV – Yakutat Tlingit Tribe Cultural Heritage Gaming Manager, Marry Knutsen has been elected as the new Northwest At-Large Representative on the board for the National Johnson-O’Malley Association (NJOMA) for a term of 4 years at the 2019 NJOMA Conference held at Harrah’s Hotel and Casino in Las Vegas on March 4-6, 2019. Marry has been involved in the Yakutat Tlingit Tribe JOM program for almost 5 years, and holds a limited type M teaching certification with the school district and is also a JOM parent.

This board is made up of representatives from 8 regions as well as 4 at-large positions that represent greater regions. Marry will represent students in the 10 states that make up the Northwest at-large which includes; Alaska, Idaho, Kansas, Nebraska, Montana, North Dakota, Oregon, South Dakota, Washington, and Wyoming.

The National Johnson-O’Malley Association, Inc. was formed as a nonprofit organization for the purpose of developing standards of educational excellence for Indian students within the United States. The organization exists to create an effective forum of discussion and appropriate lines of communication, as well as collaborative efforts with other public, private, tribal, and federal educational programs.

This will be Marry’s second time serving on the NJOMA board and she is thrilled to continue advocating for and advancing Johnson O-Malley Programs and the rights of Indian children from 3 years old through twelfth grade. She previously held the region 8-board seat to represent Alaska; Utqiagvik resident, Leanna Mack, has filled this seat.

“I am excited to continue serving on the NJOMA board and continue the work that we have done in passing the JOM Modernization Act in both the House of Representatives and the Senate. This modernization will allow us as tribes to help participating entities (BIA, BIE, etc.) in establishing a new student count. The last was done in 1995 and according to the last census in 2010, that number could have quadrupled. Our funding for JOM programs has also been frozen since this time and we have not been allowed to add new programs where needed in the country. Our work on the board will ensure that our students have a voice and that our languages and culture are brought into their education in order to make them successful students.”