What are invasive species?

An invasive species is a non-native plant or animal that invades an ecosystem where it doesn’t belong. Once introduced, they are almost impossible to eradicate. If an invasive species doesn’t have its natural predators, it has the potential to destroy native populations by predation, out-competing them for food or space, or spreading disease. They can also cause infrastructure damage by overgrowing waterways, chewing wires, clogging pipes, and damaging boats and other gear. Invasive species pose a major environmental and economic threat in today’s globalized society. 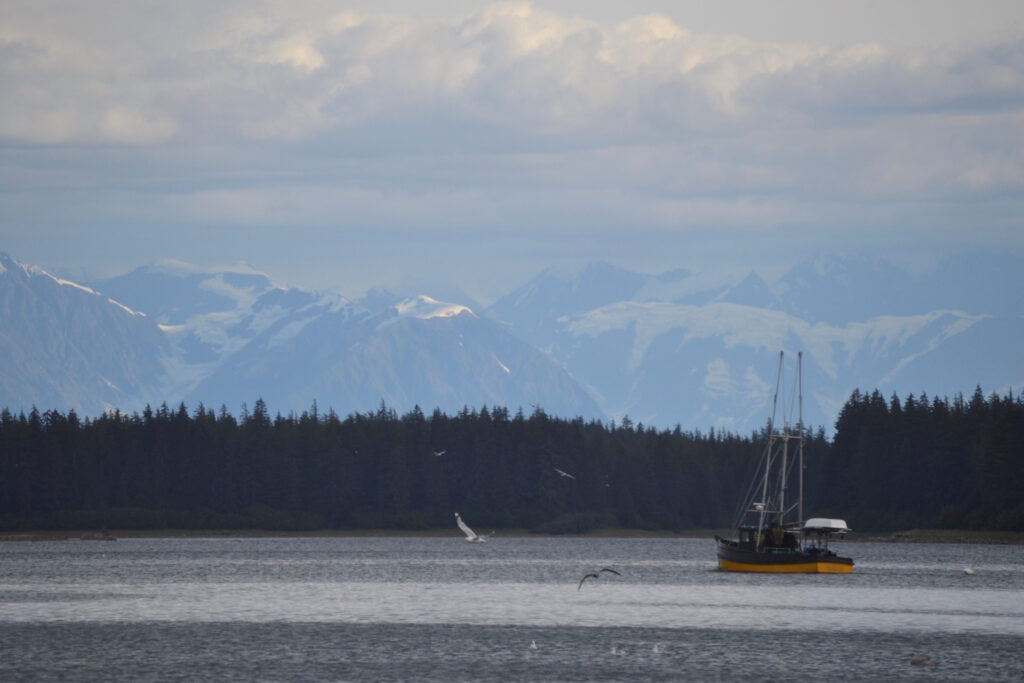 How are they introduced?

Most often, invasive species are introduced to new regions through human activity. This action may be intentional, such as releasing bait fish, transporting agricultural crops or ornamental plants, and abandoning pets. However often times, they arrive via unsuspecting human carriers. This could include hitchhiking on clothes, boots, sporting gear, or vessels.

Luckily, this threat can be managed and prevented before these invaders have the chance to threaten Yakutat’s pristine ecosystems.

How can we prevent their spread?

1. Clean your gear – After travelling outside of Yakutat, always clean your shoes, waders, boats, trailers, ATVs, and other outdoor gear. Not only will this stop the spread of invasive species, it will also prolong the life of your gear.
2. Empty out your water – Empty out all water from coolers, bilge pumps, buckets, etc. before leaving the boat launch or fishing area.
3. Learn the local species – Knowing the native plants and animals to Yakutat will help to alert you when there’s something that doesn’t belong.
4. Report immediately – If you see a new plant or animal that you know isn’t native, report it to the ADFG Invasive Species Program. Take a picture of it, and make note of where you saw it.

• Never release live bait
• Wash and dry all tackle, buckets, nets, waders, etc. before entering a new body of water
• Disinfect your gear: freeze it for 6 hours, soak in hot water for 5 minutes (not recommended for Goretex), or in Formula 409 for 10 minutes

• Remove all visible vegetation from your hull, propeller, anchor, trailer, and any other equipment that was in the water
• Drain and flush your motor, livewell, bilge, and transom wells with hot water
• Pressure wash your boat and trailer, and let it dry completely before entering a new water body

What are the biggest threats to southeast Alaska?

1. Atlantic Salmon – Atlantic salmon are not-native to Alaskan waters, but have been found by fisherman after escaping aquaculture fish farms in British Columbia and Washington State. They are identifiable by large black spots on their gill covers, which distinguish them from any species of Pacific Salmon.

2. European Green Crab – This crustacean has yet to be found in Alaska, yet is a known invasive species in the PNW as far north as British Columbia. The most likely pathway would be larvae migrating up through coastal waters, and so reporting any sightings are vital to management. It resembles a juvenile Dungeness crab, yet is distinguishable by an olive tint and 5 large ridges along the front of the carapace behind the eyes.

3. Elodea – This freshwater weed can grow up to 20 feet long, out-competing other plants for sunlight, space, and nutrients. It’s able to spread quickly because it can survive under ice in the winter months and can form new plants from broken segments. Originally from South America, this was introduced to Washington for use in aquariums and has been found in central and southwest Alaska. For pictures, identification tips, and the invasive species hotline, click here.

4. New Zealand Mudsnail – These are extremely small snails that average only 1/8” long, but are found in large colonies that consume plankton which would otherwise feed insects and larvae, vital food sources for young trout and salmon. Preventing these invaders from reaching our waters is the best way to protect our Alaskan fisheries from potential harm. For ID tips and pictures, you can learn more here.

5. Oxeye daisies – These form dense fields, are unpalatable to grazing animals, and host several plant viruses. Very dense areas can cause soil erosion. Each flower can produce up to 200 seeds, and it was originally introduced as an ornamental from Europe and is easily identifiable by its white and yellow flowers and alternating leaf pattern. They are often found in wildflower seed mixes, yet out-compete truly native wildflowers, so a good way to prevent this spread is to know what you’re planting.

6. Reed Canary Grass – This grass can grow 2 to 6 feet tall, often along roads, ditches, wetlands, beaches, and into lakes. It prefers moist environments and can grow very dense, making Yakutat’s temperate rainforest climate vulnerable to its influence. Once established it is nearly impossible to completely remove, and over crowds native flora. It is smooth until the tip, where it blooms a tan florets in a tight cluster. It is a perennial grass, meaning it will return year after year and continue to disperse via seeds and rhizomes.

7. Orange Hawkweed – Commonly found along roads and beaches, this member of the sunflower family is extremely effective at crowding out native plants. They form dense mats in forb meadows and wetlands, spreading aggressively. Read more about the impacts and control efforts ongoing in Alaska here.

8. Chytrid Fungus – This fungus devastates amphibian species of all kinds by preventing their respiration through their skin. Boreal toads along the Alaskan coast have gone from abundant to almost non-existent in less than ten years. Wood frogs remain abundant in Alaska, although there have already been cases found of wood frog mortality from the Chytrid fungus. Cleaning and drying all gear, especially muddy footwear, is the best way to protect Alaskan amphibians from Chytrid.

9. European Starlings – These generalists travel in large numbers and eat a wide variety of food from seeds to insects. They are known to eat native pollinators and insects that are vital food sources for juvenile salmonids. Their potential to crowd out native bird species is immense. They are a lowland bird that thrives in open areas such as fields and marshes, and therefore could out-compete Yakutat’s native waterfowl.

10. Invasive Tunicates – These marine invertebrates are filter feeding animals, which attach to substrates and filter out plankton from the water. They grow and reproduce quickly, and can tolerate a wide range of habitat conditions, making them successful invaders. They encrust other bottom-dwellers such as mussels and oysters and can completely cover the sea floor. This species is of major concern to crabbers, shrimpers, and fisherman who may not be able to reach their livelihood once the habitat is overtaken by tunicates. Tunicates vary in color from cream, pink, yellow, to orange. They may resemble a sea sponge in appearance, but feel slippery and rubbery to the touch. For a guide to tunicate identification, check out this guide. To help prevent the spread, always inspect your anchor, net, or crab pots before dropping them in a new location to make sure you’re not accidentally a vector for their spread.

11. Brown rat – The most common path for rat introduction is as stowaways in shipping containers or cargo holds, putting port towns like Yakutat especially at risk. Seabird populations are most at risk, but the rat’s generalist diet could impact a variety of our native wildlife. They are a vector of disease for wildlife and humans alike, and have already been introduced to some Aleutian Islands.

12. Rock dove – Also known as the common pigeon, the primary pathway for this bird’s introduction would be intentional human introduction. Their tendency for large aggregations could out-compete native birds for habitat, as they nest in coastal cliff faces. However, the largest concern is the carrying of pathogens and disease that could decimate Alaskan populations of shorebirds such as puffins, terns, and gulls. 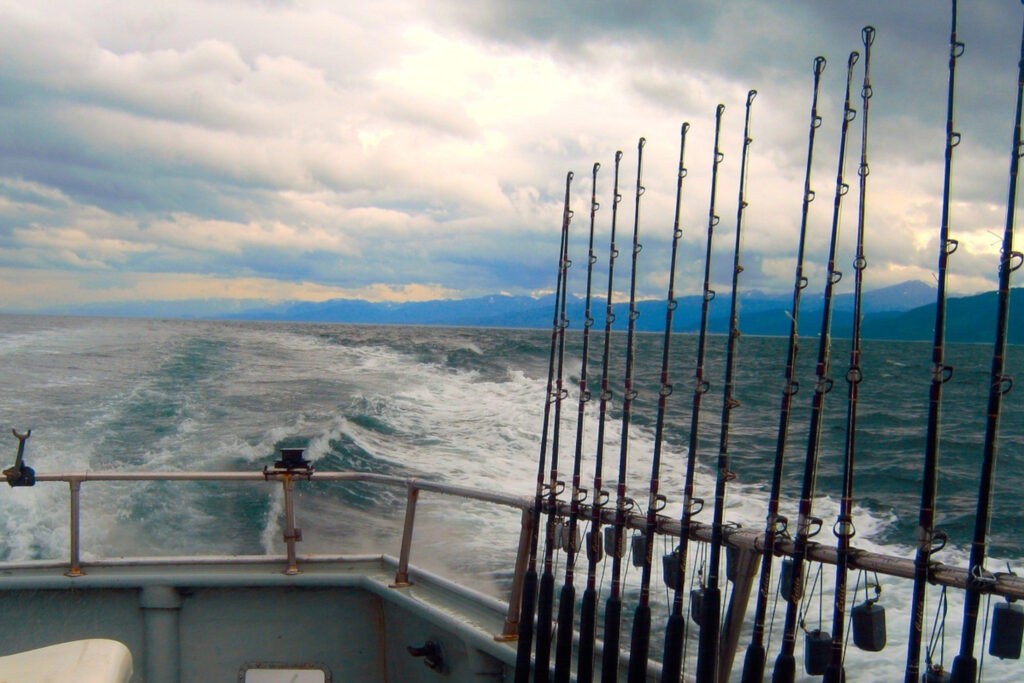 For detailed information on the identification, pathways of dispersal, impacts, and prevention of these threats, you can access the Alaska Dept. of Fish and Game website here to learn about their Invasive Species Program. Access a multitude of resources about aquatic invasive species through SeaGrant Alaska’s website.

For a comprehensive guide to invasive plants and exotic weeds in the Southeast, click here.