In Yakutat, many residents supplement the high price of heating fuel with wood burning to heat our homes. Our beaches are full of an abundant and free source of driftwood, which many gather for burning in woodstoves. However, the combustion of wood releases tiny particles that can cause serious health issues. Short-term effects include: lung inflammation, reduced lung function, headaches, and irritation of the throat and lungs. Long-term effects can include: chronic lung disease such as bronchitis and emphysema, risk of heart attack and stroke, and cancer.

Everyone exposed to wood-smoke is at risk of these health effects. However, children, the elderly, and people with preexisting heart or lung conditions are most at risk. These risks are compounded during winter, when cold air is trapped near the ground causing an inversion, which prevents the smoke from dissipating. To read more in-depth about wood smoke’s effect on health, click here.

These health risks are especially prevalent during winter months, when cold weather leads to increased wood burning and inversions. An inversion is a phenomenon in which a layer of warm air traps cold air close to the Earth’s surface. Usually, air temperature decreases as you increase in altitude. During an inversion, the opposite is true. This blanket of warm air acts as a cap and prevents the air near the surface, and pollutants, from mixing with the atmosphere. During inversions health risks are notably high, as smoke particulates and car exhaust are trapped near the surface for people to breathe.

Pollutants in the air released from wood burning include PM 2.5 and PM 10. PM stands for “Particulate Matter”, while the number refers to the diameter of the particle in micrometers. PM 2.5 is a very fine, inhalable particle that is 30 times smaller than the width of a human hair. Its small size makes it extremely likely to infiltrate the lungs and damage the respiratory system. You can read more about particulate matter, where it comes from, and its affects, at the EPA’s Website.

Driftwood is especially dangerous when burnt, as it is very saline from soaking in salt water, before landing on our beaches. The extra salt stored in this wood releases heavy amounts of dioxin when burned, a known carcinogen that could seriously impact your long-term health. 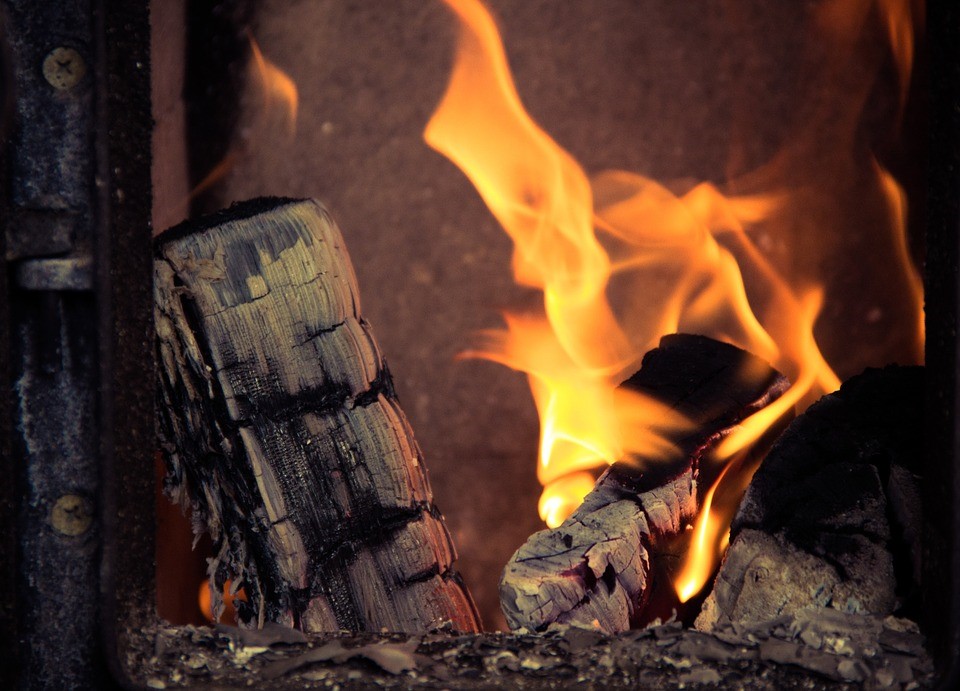 There are things that should NOT be burned, in addition to driftwood, for their ability to release harmful chemicals. These items may increase your risk of health problems, and damage your appliance.

Excess ashes can clog the air intake vents in your appliance, decreasing your efficiency and resulting in smoke and particulates backed up inside your home. Be sure to dispose of ashes regularly in a metal container away from the house or any flammable materials. Keeping your chimney clean provides a better draft and reduces the risk of chimney fire. Check out this informational for a quick overview of good burning practices.

It is a common misconception that you should let a fire smolder overnight. However, reducing air supply does little for heating and increases air pollution. Burn only dry, seasoned wood, which will burn hotter, producing more heat and taking less firewood. Here are some tips to effectively dry and store your firewood:

• Avoid contact with soil. Placing a tarp beneath wood is good, but raising stacks off the soil is better, as it allows for air to circulate beneath the stack
• Expose the wood to sunlight
• Split the wood to decrease it’s drying time
• Covering your stacked wood is wise, but keep the sides mostly exposed to air. Completely covering with a tarp will trap moisture, which the wood will absorb

To improve the maintenance of your woodstove chimney, contact YTT Environmental about our Soot Eater chimney cleaner system. This is a chimney cleaner available for residents to borrow as availability allows.

Indoor mold growth may lead to health problems, especially in sensitive or allergic individuals. Molds produce allergens, irritants, and in some cases, mycotoxins. Inhaling or touching mold can lead to allergic reactions, which may be immediate or delayed. It can also cause some individuals to have an asthma attack. In addition, it may irritate the eyes, skin, nose, throat, and lungs of allergic and non-allergic people alike.

Read more about the causes, effects, health issues, and mitigation in-depth in the EPA’s guide here.

To best manage mold in your home, controlling moisture is key to preventing growth. Here are some of the best ways to control moisture, and avoid negative health repercussions.

• When water leaks indoors, act quickly. If wet areas are dried within 24-48 hours after a leak or spill, in most cases mold will not grow.
• Clean and repair roof gutters regularly.
• Make sure the ground slopes away from your home’s foundation, so water does not collect.
• Keep indoor humidity low. If possible, keep indoor humidity below 60% relative humidity. Relative humidity can be monitored with a moisture meter, a small, inexpensive instrument available at hardware stores.
• If you see condensation or moisture collecting on windows, walls, or pipes, act quickly to dry the surface. Condensation can be a sign of high humidity.
• Vent appliances that produce moisture outside whenever possible. This includes dryers, stoves, and kerosene heaters.
• Run the fan or open a window when showering.
• Increase ventilation by opening doors or windows, when practical. Use fans as needed. 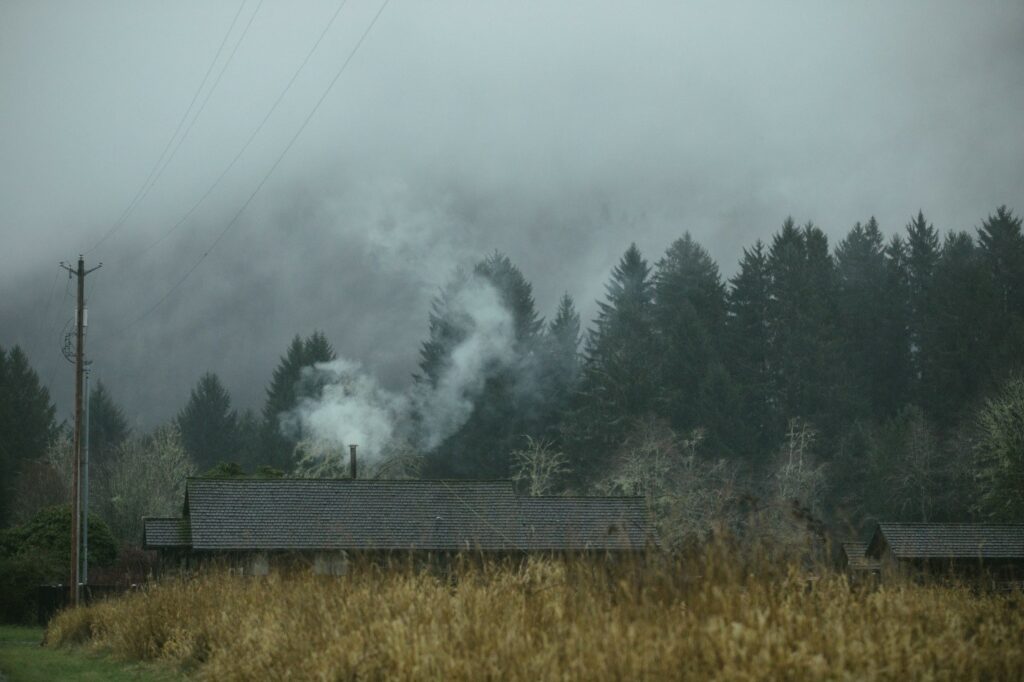 Green Cleaning and Your Health

Companies are not required to list ingredients on product labels. Sometimes, a fragrance to make an attractive smelling cleaning product is masking the odor of toxic chemicals. Common store-bought household cleaners may contain toxic chemicals linked with fertility problems, cancer, asthma, and birth defects. By making your own cleaning products, you can avoid these risks, save money, and still have effective cleaning agents.

Below are some recipes with cheap and readily available ingredients, any of which can be given your favorite scent by adding a few drops of essential oils.

If you don’t want to make your own cleaners, you can still protect your health by choosing the best available products. Below are some harmful ingredients to avoid when reading labels: